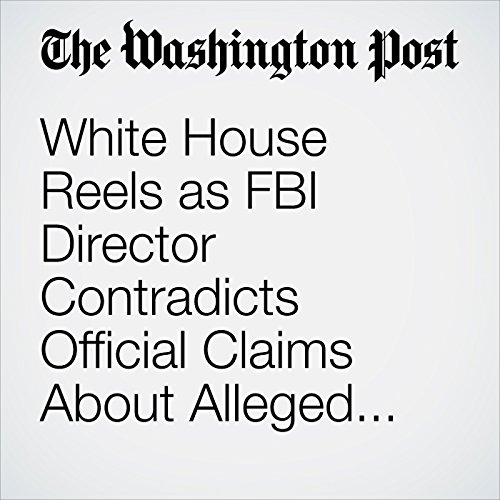 The White House struggled Tuesday to contain a widening crisis over its handling of domestic violence allegations against a senior official, as it reeled after sworn testimony by the FBI chief directly contradicted what President Trump’s aides had presented as the official version of events.

"White House Reels as FBI Director Contradicts Official Claims About Alleged Abuser" is from the February 13, 2018 Politics section of The Washington Post. It was written by Ashley Parker, Philip Rucker and Josh Dawsey and narrated by Sam Scholl.