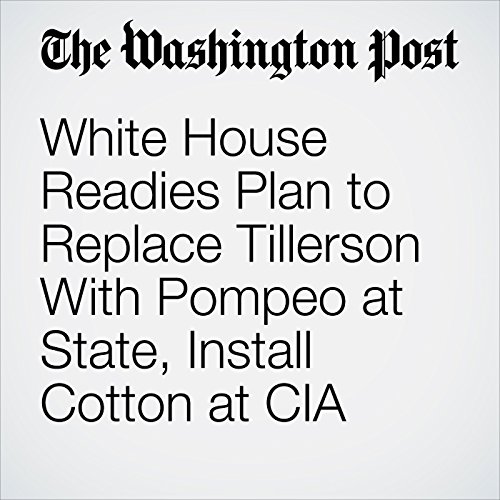 The White House has readied a plan to oust embattled Secretary of State Rex Tillerson and replace him with CIA Director Mike Pompeo, who has become one of the most personally loyal and politically savvy members of President Trump's national security team, two administration officials confirmed Thursday.

"White House Readies Plan to Replace Tillerson With Pompeo at State, Install Cotton at CIA" is from the November 30, 2017 Politics section of The Washington Post. It was written by Philip Rucker, Ashley Parker and Anne Gearan and narrated by Sam Scholl.