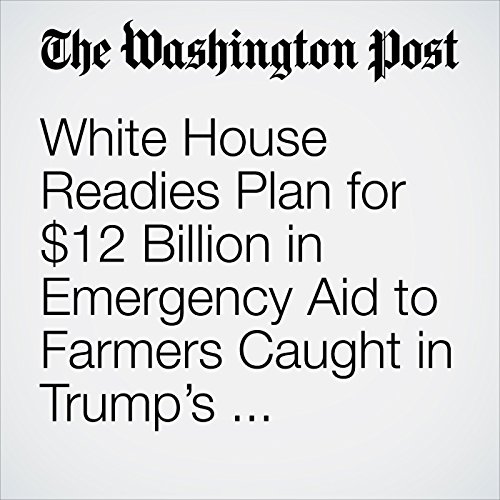 The U.S. Agriculture Department on Tuesday plans to announce a $12 billion package of emergency aid for farmers caught in the midst of President Trump’s escalating trade war, two people briefed on the plan said, the latest sign that growing tensions between the United States and other countries will not end soon.

"White House Readies Plan for $12 Billion in Emergency Aid to Farmers Caught in Trump’s Escalating Trade War" is from the July 24, 2018 Business section of The Washington Post. It was written by Damian Paletta and Caitlin Dewey and narrated by Sam Scholl.