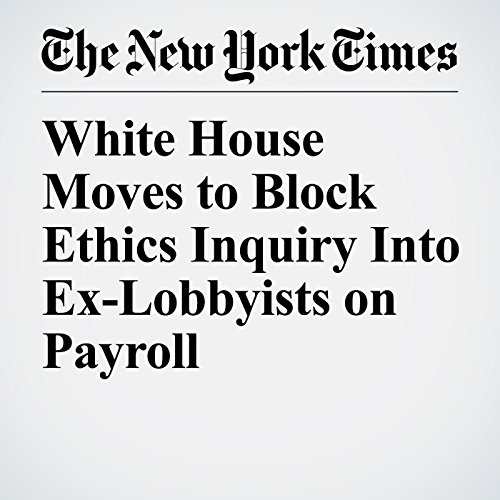 The Trump administration, in a significant escalation of its clash with the government’s top ethics watchdog, has moved to block an effort to disclose any ethics waivers granted to former lobbyists who have work in the White House or federal agencies.

"White House Moves to Block Ethics Inquiry Into Ex-Lobbyists on Payroll" is from the May 22, 2017 U.S. section of The New York Times. It was written by Eric Lipton and narrated by Kristi Burns.