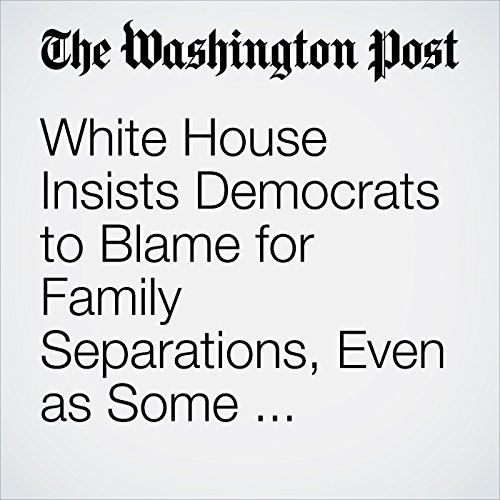 President Trump doubled down Monday on his insistence that Democrats are to blame for the administration’s forced separation of migrant children from their families at the border, even as some Republicans urged him to reverse course.

"White House Insists Democrats to Blame for Family Separations, Even as Some in GOP Urge Trump to Reverse Course" is from the June 18, 2018 Politics section of The Washington Post. It was written by John Wagner and narrated by Sam Scholl.