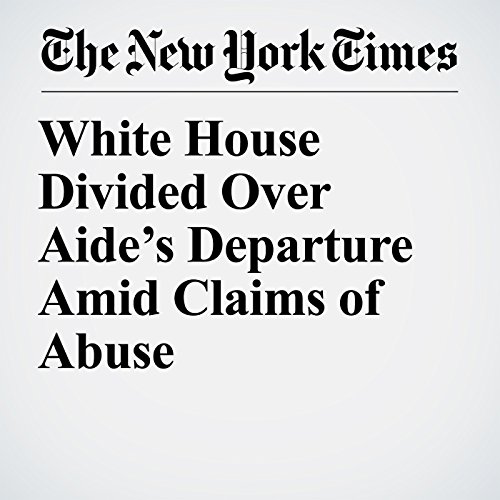 The furor over spousal abuse allegations that forced the resignation of one of President Donald Trump’s top advisers last week has exposed fissures within the White House that had been papered over since John Kelly took over last summer as chief of staff with a mandate to end the dysfunction.

"White House Divided Over Aide’s Departure Amid Claims of Abuse" is from the February 11, 2018 U.S. section of The New York Times. It was written by Peter Baker and Maggie Haberman and narrated by Keith Sellon-Wright.