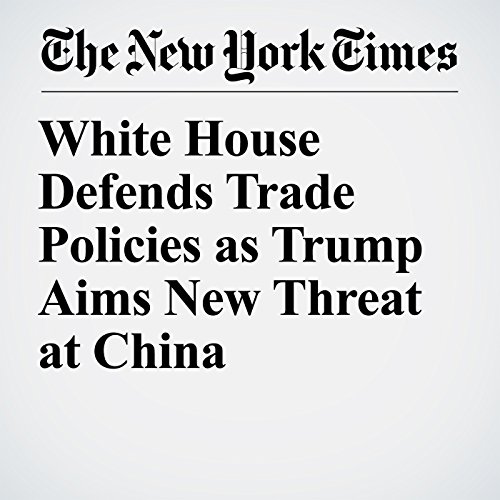 President Donald Trump defended his pugnacious approach to trade policy Friday, just hours after he doubled down on a White House plan to punish China by threatening to levy tariffs on an additional $100 billion in Chinese imports.

"White House Defends Trade Policies as Trump Aims New Threat at China" is from the April 06, 2018 U.S. section of The New York Times. It was written by Ana Swanson and Eileen Sullivan and narrated by Fleet Cooper.