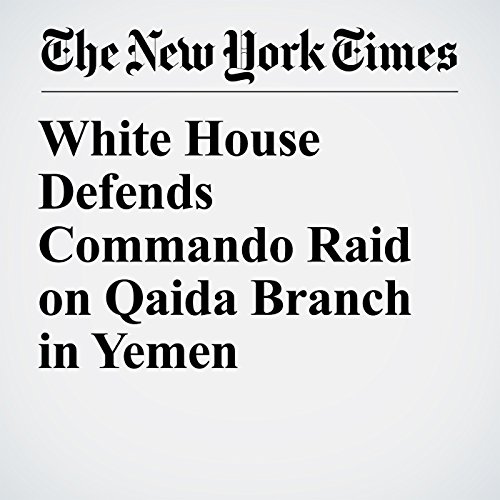 A White House spokesman on Thursday defended the planning and execution of a Special Operations raid in Yemen on Sunday — the first approved by President Donald Trump since taking office — that left one U.S. commando dead and three others injured, and most likely killed several civilians, including children.

"White House Defends Commando Raid on Qaida Branch in Yemen" is from the February 02, 2017 World section of The New York Times. It was written by Eric Schmitt and narrated by Mike DelGaudio.