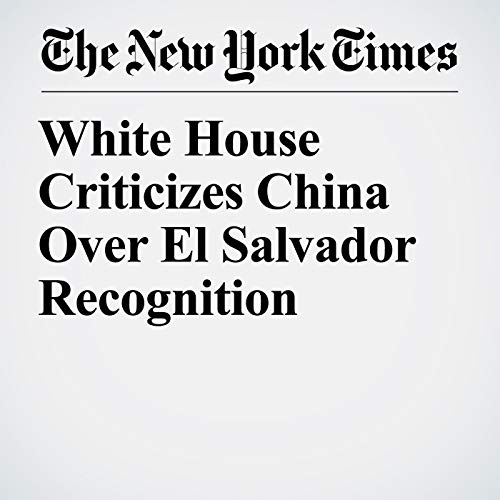 "White House Criticizes China Over El Salvador Recognition" is from the August 24, 2018 World section of The New York Times. It was written by Austin Ramzy and narrated by Barbara Benjamin-Creel.