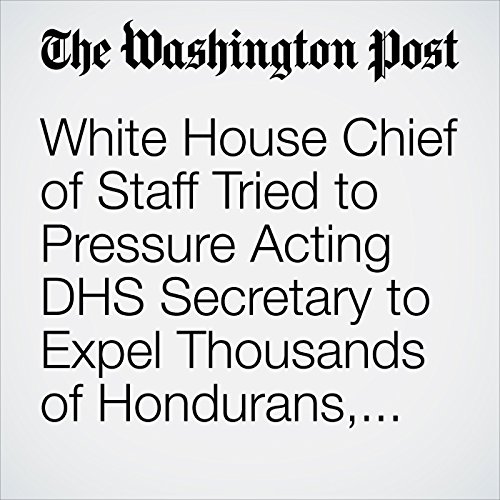 On Monday, as the Department of Homeland Security prepared to extend the residency permits of tens of thousands of Hondurans living in the United States, White House Chief of Staff John F. Kelly called acting secretary Elaine Duke to pressure her to expel them, according to current and former administration officials.

"White House Chief of Staff Tried to Pressure Acting DHS Secretary to Expel Thousands of Hondurans, Officials Say" is from the November 09, 2017 U.S. section of The Washington Post. It was written by Nick Miroff and narrated by Sam Scholl.