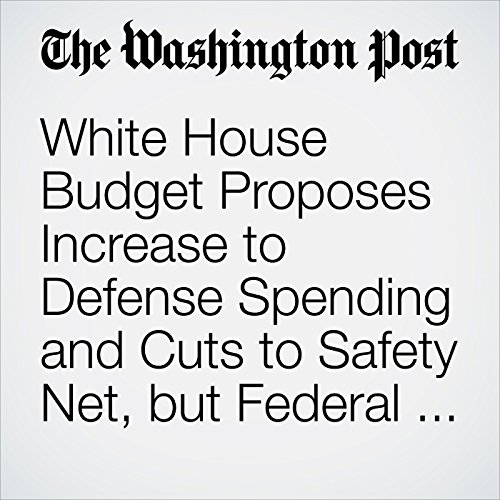 The White House released a tax and spending plan Monday that would not eliminate the federal budget deficit after 10 years, its first public acknowledgment that large spending increases and the $1.5 trillion tax cut are putting severe pressure on the government’s debt.

"White House Budget Proposes Increase to Defense Spending and Cuts to Safety Net, but Federal Deficit Would Remain" is from the February 12, 2018 Business section of The Washington Post. It was written by Damian Paletta and narrated by Sam Scholl.