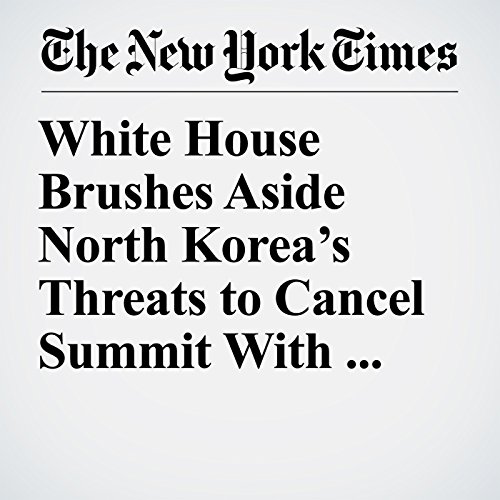 The White House brushed aside threats by North Korea on Wednesday to cancel an upcoming summit meeting between President Donald Trump and the North’s leader, Kim Jong Un, saying it was still “hopeful” the meeting will happen — but that Trump would be fine if it did not.

"White House Brushes Aside North Korea’s Threats to Cancel Summit With Trump" is from the May 16, 2018 U.S. section of The New York Times. It was written by Mark Landler, Choe Sang Hun and Jane Perlez and narrated by Keith Sellon-Wright.