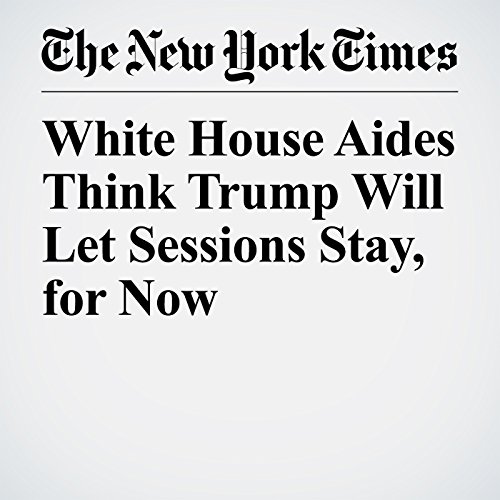 For a week, some of President Donald Trump’s top aides have tried to talk him down from his public campaign against Attorney General Jeff Sessions. It was exposing tensions within the administration, stirring consternation with the conservative base and setting off a revolt among Senate Republicans incensed over the treatment of a former colleague.

"White House Aides Think Trump Will Let Sessions Stay, for Now" is from the July 26, 2017 U.S. section of The New York Times. It was written by Peter Baker and Jennifer Steinhauer and narrated by Keith Sellon-Wright.