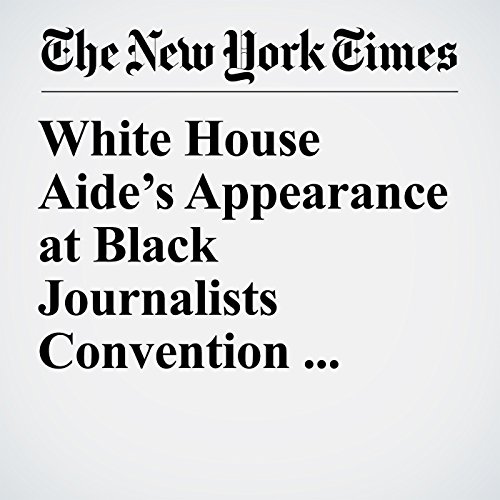 The appearance of Omarosa Manigault-Newman, a White House aide, caused an uproar at a National Association of Black Journalists convention Friday after she refused to answer some questions about President Donald Trump’s recent remarks encouraging police to be rougher while arresting criminal suspects.

"White House Aide’s Appearance at Black Journalists Convention Sparks an Uproar" is from the August 11, 2017 U.S. section of The New York Times. It was written by Yamiche Alcindor and narrated by Kristi Burns.