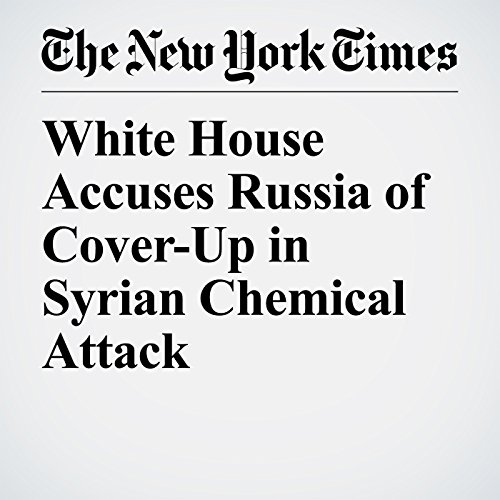 The White House accused Russia on Tuesday of engaging in a cover-up of the Syrian government’s role in a chemical weapons attack last week, saying that United States intelligence had confirmed that the Assad regime used sarin gas on its own people.

"White House Accuses Russia of Cover-Up in Syrian Chemical Attack" is from the April 11, 2017 World section of The New York Times. It was written by Julie Hirschfeld Davis and Helene Cooper and narrated by Kristi Burns.