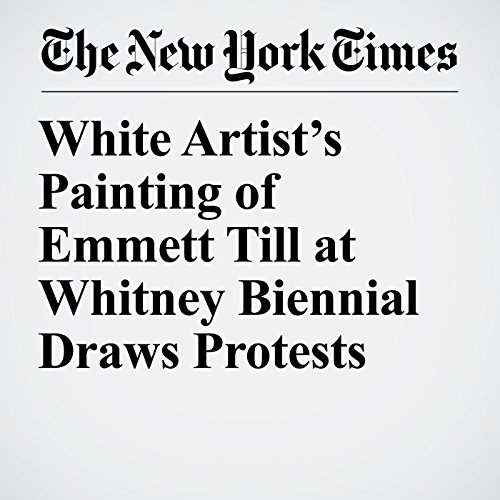 An African-American artist, Parker Bright, has conducted peaceful protests in front of the painting since Friday, positioning himself, sometimes with a few other protesters, in front of the work to partly block its view.

"White Artist’s Painting of Emmett Till at Whitney Biennial Draws Protests" is from the March 21, 2017 Arts section of The New York Times. It was written by Randy Kennedy and narrated by Keith Sellon-Wright.