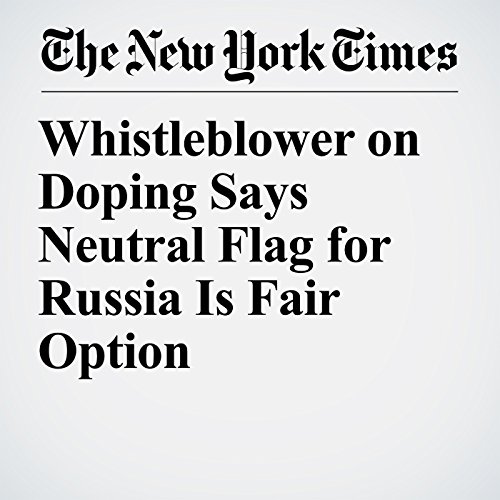 With top Olympics officials expected imminently to announce a punishment for Russia over its elaborate sports doping scheme, the whistleblower who played a central role in the illicit program said he was in favor of allowing Russian athletes who can establish their innocence to compete under a neutral flag at the coming Winter Games in Pyeongchang, South Korea.

"Whistleblower on Doping Says Neutral Flag for Russia Is Fair Option" is from the December 02, 2017 Sports section of The New York Times. It was written by Rebecca R. Ruiz and narrated by Kristi Burns.