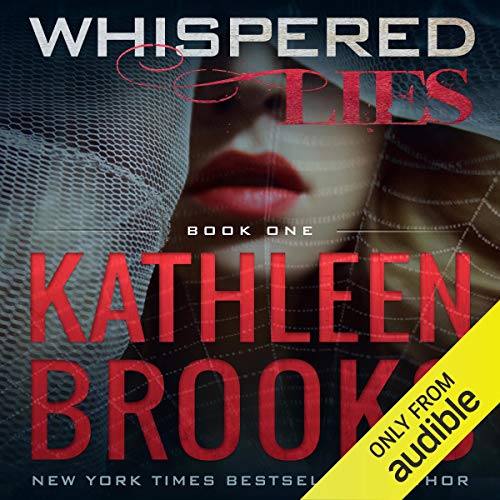 Government secrets are being sold, and the newly sworn in president of the United States already feels out of options. Without knowing the full scope of the scandal, the president decides to turn to the one person he knows he can trust - former FBI agent Elizabeth James. Her deep distrust of the system is rooted in her unfair discharge from service. Now she sees a chance to restore her reputation and send a message to those who would use their power to destroy others' lives.

Elizabeth is ordered to do whatever it takes to end this criminal organization, but she's also told that this is completely off the books. Nothing can point back to the president until the entire network is dismantled. Elizabeth can rely only on her team, comprised of a computer whiz and a former air force pararescueman, to get to the bottom of the leaks. Every decision could cost them their freedom...or their lives.

What Elizabeth didn't count on was her heart becoming as entangled as the lies she tells to uncover the truth. With her heart now in the game, Elizabeth works on guarding those she loves as she dives headfirst into danger. Can Elizabeth follow the leads and take out the leaders of the secret group before the whole world is thrown into chaos?

I chose this book for a category challenge that I am doing and I needed a political book. I am so glad I did because I really enjoyed this one a lot! This book was very fast paced and had me on the edge of my seat the entire time. I loved the characters and can't wait to start book 2. I really enjoyed all the secrets that are uncovered too. The romance was steamy but not overly descriptive. If you like a good Romantic Thriller, this book might be for you!!

Therese Plummer was the reason I picked this book and as always she was great!!!

Let me start by saying I detest cliffhangers and if I’d known this was one I would never have bought it. So, I’m glad I didn’t know, since it was a really great read. Loved the mystery and murder and intrigue and the romance.

I especially loved Elizabeth/Lizzy. Holy cow, that woman was one kick-ass chick. She had a shoot-out with Bram in an alley and killed him, and got herself shot, too. Then she was actually torturing Dan. Stabbed him in the hand then shot him right in the forehead when he started to go into this pocket for something. Oh, and she started to torture Phylicia, too. But all she had to do was tear off one of her nails and she gave it up. She was after all the conspirators that were trying to start problems all over the world and she didn’t care who she had to kill or torture to round them up. AND the FORMER President of the United States was part of it.

This was such an exciting book and I can’t wait to read the next book in this series. The secondary characters were all fantastic: Our hero and love interest, Dalton. Alex, our computer genius. Valeria, the fired DEA agent. Sebastian, the millionaire footing the bill for all this. Humphrey Orville, the Chief of Staff, and President Stratton. What an awesome team.

There was some messing around then fade-to-black. No sexual tension whatsoever but it was such a great read that I didn’t really care. Also, the F-bomb was used 23 times.

As to the narrator: Ordinarily I would say Therese Plummer is just OK, since she could use some more practice on her men’s voices. BUT, I gotta tell ya’ what she did with Alex’s voice was so much fun and was soooo funny. Every time she said the word “dude” I was smiling, sometimes laughed out loud. That boy was so awesome. And her emotions were incredible. More manly for the men though.

Wow!!! Not what I expected!

This is one of my rare written full review and this book deserve it! This is not what I expected at all. I am one of those people who totally judge a book by its cover. So, I usually read a lot of those hot, steamy and sexy romance novels and the cover of this book certainly made me thought it was. First of all, sex scenes are not as throughly detailed, like the ones in my usual dirty romance novels. Secondly, this is more of a mystery and a little romance. But OMG!!!! The heroine, Lizzie, is freakin badass!!!! And I love that! It’s such a change from my dirty romance novels with the weak and whiny female lead and the writer is super good at keeping you interested in what’s gonna happen next. I love all the other characters as well. This is not slow and boring. The narrator does a really good job with all the accents. The whole story line goes by pretty quickly and keeps you on the edge of your seat. I wish I can finish this one book in one day but I didn’t had the time. I highly recommend this book. I just started the second book to this serious and it looks like they are telling the story from one of the other people points of view from their secret group. So much conspiracy! Best Mystery Romance novel ever!!!! Can’t wait to finish the whole series.

Grabs you from the beginning. The characters we're very well written and the narrator was phenomenal. I can't wait to read the second book in the series. I highly recommend this book!

I love books about tough women

Lizzie is a no-nonsense, tough, ex-FBI agent on a mission to get revenge and save the world. I love reading about military operations, and to have some romance thrown in makes it more exciting. Not a deep book, but fun.

I picked this title because of the narrator!

YES, great story! It keeps you on the edge of your seat! I can't wait for the next one!

What other book might you compare Whispered Lies to and why?

All I can say is, if you like a good thriller, you will love this!

When Lizzie threw the knife at her financial backer and told him off.

Its not so much a moving story, as an action packed one.

Therese Plummer is a fantastic narrator! I haven't read/ listened to other tiles by this author but she is great and I look forward to more.

WOW this was a great story. It was a bit to be continued but luckily the next book is out on audible and I have already started it.

This book is a fast paced, full of action, kicking butt, some espionage, murders, conspiracy's and a little romance thrown in.

I love Lizzy and Dalton together. They have some great chemistry together, which is good when you a little romance thrown into a action packed story. There is so much great dialogue throughout the entire book. All the characters are awesome so far! Love Alex. Dude.... LOL

Thank you Kathleen Brooks from getting out of the (inbred) Bluegrass! This series is so much more fun and entertaining. (women of power series was good too).

As for the narration. Its awesome! Therese Plummer is doing a super job on the all the voices, especially the men's voices, they sound like men. Her reading voice is excellent! She reads with emotion as called for making the story come to life.

I highly recommend this book and the next!

Excellent! Absolutely loved the story and character development. Therese Plummer does not disappoint. One of my favorites

I laughed, cheered, cried bittersweet tears, and bit my nails. This book has a little bit of everything, from romance, action and suspense, to laughter and sadness. I highly recommend this book and can't wait for the next in the series. Therese Plummer does a great job at narrating.

What a great romantic suspense

The narrator does a great job bringing this story to life. It has great suspense and several romance plots that kept my interest and wanting to hear more.