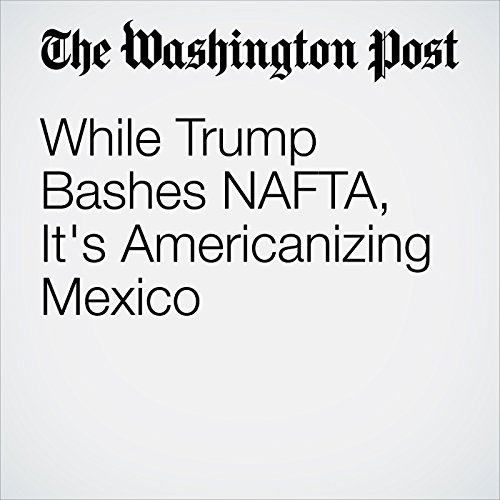 Two decades after the North American Free Trade Agreement opened the consumer floodgates here, Mexicans have become accustomed to such luxurious shopping centers, where you can browse Williams Sonoma crockery, try on Steve Madden shoes, eat at Olive Garden, take your kids to Chuck E. Cheese’s, and watch “War for the Planet of the Apes” on the big screen.

"While Trump Bashes NAFTA, It's Americanizing Mexico" is from the August 28, 2017 The Americas section of The Washington Post. It was written by Joshua Partlow and David Agren and narrated by Sam Scholl.