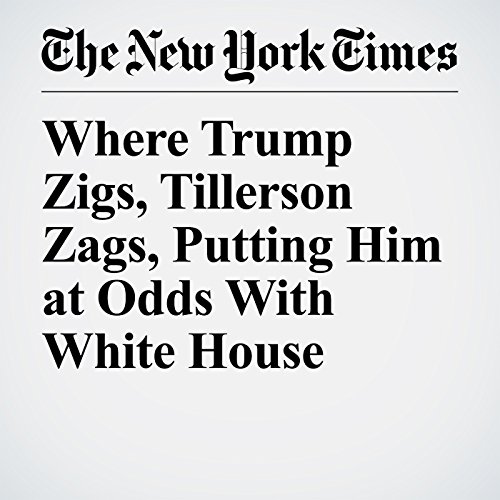 When Rex W. Tillerson, the former chief executive of Exxon Mobil, arrived in Washington five months ago to become the secretary of state, his boosters said he brought two valuable assets to a job that had usually gone to someone steeped in government and diplomacy: a long history managing a global company, and deep relationships from the Middle East to Russia that enabled him to close deals.

"Where Trump Zigs, Tillerson Zags, Putting Him at Odds With White House" is from the June 25, 2017 World section of The New York Times. It was written by David E. Sanger, Gardiner Harris and Mark Landler and narrated by Kristi Burns.