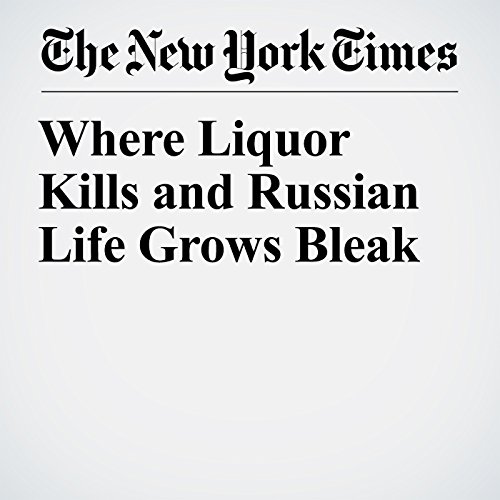 To many outsiders, including President Donald Trump and his inner circle of advisers, Russia is riding high today, strutting about the globe. It wields its clout both openly, by sending its military into Ukraine and Syria, and surreptitiously, warping politics in Europe and the United States through a sustained campaign of propaganda and cyberwarfare.

Yet, at home, the picture is decidedly bleaker.

"Where Liquor Kills and Russian Life Grows Bleak" is from the February 18, 2017 World section of The New York Times. It was written by Neil MacFarquhar and narrated by Barbara Benjamin-Creel.