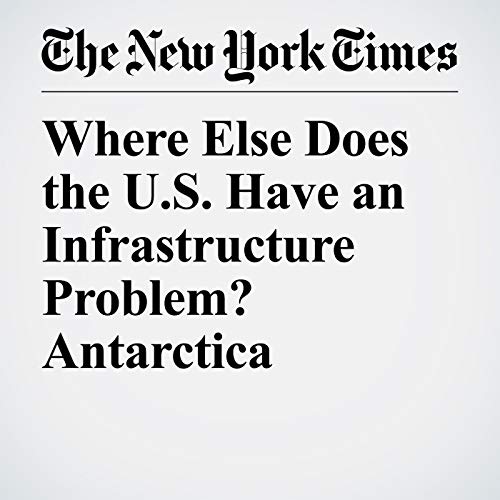 The American research station on the edge of this frozen continent may look like a mining camp in the wilderness, but it is actually one of the glories of American science.

"Where Else Does the U.S. Have an Infrastructure Problem? Antarctica" is from the July 17, 2017 Science section of The New York Times. It was written by Justin Gillis and Jonathan Corum and narrated by Kristi Burns.

Cosa pensano gli ascoltatori di Where Else Does the U.S. Have an Infrastructure Problem? Antarctica