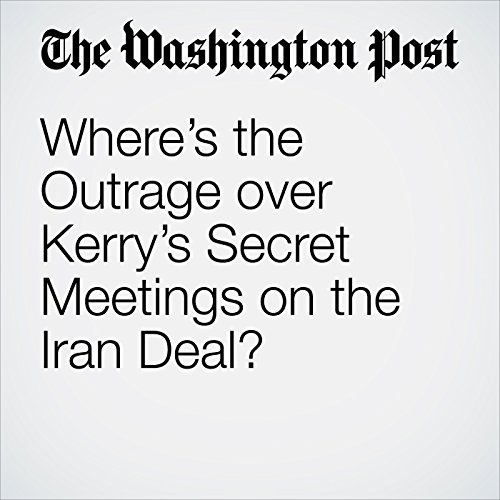 Democrats routinely express outrage over claims of collusion with a foreign power to undermine our democracy. So where is the outrage over revelations that former secretary of state John Kerry held not one but two secret meetings with Iran’s foreign minister to strategize over how to undermine President Trump’s plans to withdraw from the Iran nuclear deal?

"Where’s the Outrage over Kerry’s Secret Meetings on the Iran Deal?" is from the May 11, 2018 Opinion section of The Washington Post. It was written by Marc A. Thiessen and narrated by Jenny Hoops.