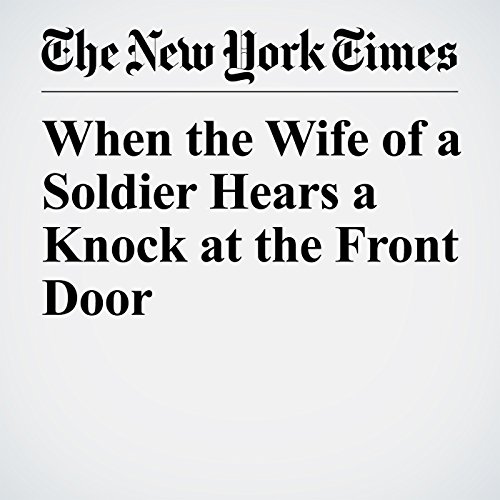 Natasha De Alencar lost her husband in a war that even six years ago, just a quarter of Americans said they followed closely, according to a Pew Research Center survey. It has become America’s forgotten war, overshadowed by the fight against the Islamic State in Iraq and Syria, even as the Islamic State gains a foothold in Afghanistan. “Honestly, I thought the war was over before Mark got sent there,” said Natasha De Alencar’s sister Alisha Brown.

"When the Wife of a Soldier Hears a Knock at the Front Door" is from the May 12, 2017 U.S. section of The New York Times. It was written by David Zucchino and narrated by Barbara Benjamin-Creel.