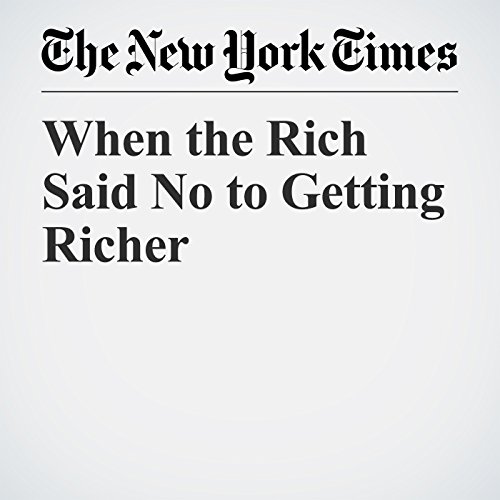 When the Rich Said No to Getting Richer

A half-century ago, a top automobile executive named George Romney — yes, Mitt’s father — turned down several big annual bonuses. He did so, he told his company’s board, because he believed that no executive should make more than $225,000 a year (which translates into almost $2 million today).

"When the Rich Said No to Getting Richer" is from the September 04, 2017 Opinion section of The New York Times. It was written by David Leonhardt and narrated by Kristi Burns.