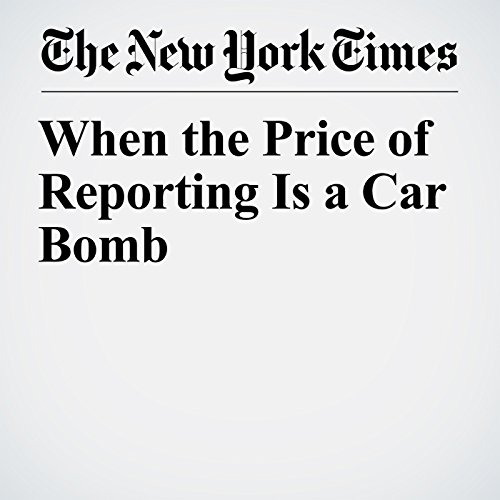 The car bomb that killed the investigative journalist Daphne Caruana Galizia on Monday did not go off in Honduras, Afghanistan or any other country where one might expect to hear about brutal violence against reporters. The device exploded in the early afternoon down the road from her home in the tiny European nation of Malta, where, for the greater part of the last decade, the 53-year-old had held some of the most powerful people in the country accountable for political corruption, offshore financial dealings and abuse of power.

"When the Price of Reporting Is a Car Bomb" is from the October 18, 2017 Opinion section of The New York Times. It was written by Atossa Araxia Abrahamian and narrated by Keith Sellon-Wright.