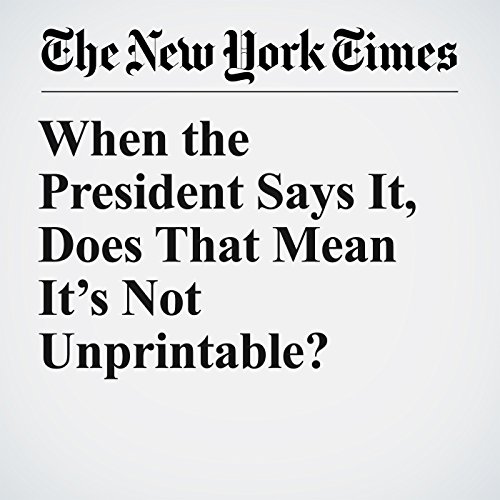 Lester Holt opened the “NBC Nightly News” on Thursday with a parental warning: “This may not be appropriate for some of our younger viewers.” His counterpart at “ABC World News Tonight,” David Muir, described President Donald Trump “using a profanity we won’t repeat.”

"When the President Says It, Does That Mean It’s Not Unprintable?" is from the January 11, 2018 Business section of The New York Times. It was written by Michael M. Grynbaum and narrated by Barbara Benjamin-Creel.

Cosa pensano gli ascoltatori di When the President Says It, Does That Mean It’s Not Unprintable?