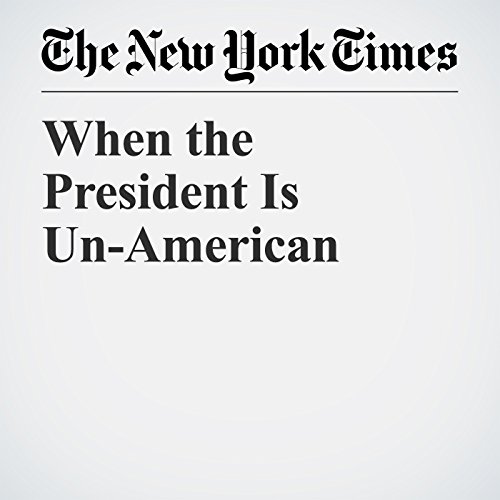 Remember back in 2008, when Sarah Palin used to talk about the “real America”? She meant rural and small-town residents — white residents, it went without saying — who supposedly embodied the nation’s true essence.

"When the President Is In-American" is from the August 13, 2017 Opinion section of The New York Times. It was written by Paul Krugman and narrated by Kristi Burns.

Cosa pensano gli ascoltatori di When the President Is Un-American