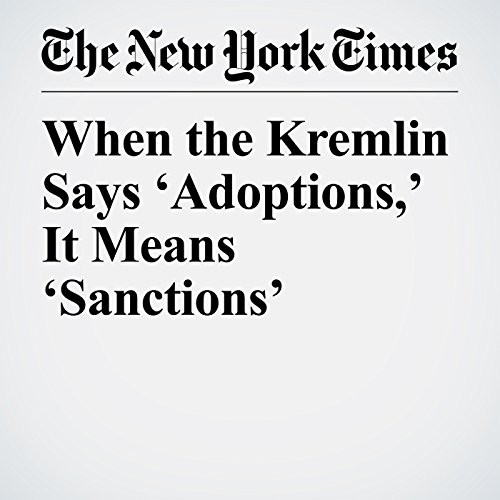 President Donald Trump’s son Donald Jr. initially defended his meeting with a Russian lawyer connected to the Kremlin during the 2016 presidential campaign by saying that it was primarily about adoption — a seemingly innocent humanitarian issue.

"When the Kremlin Says ‘Adoptions,’ It Means ‘Sanctions’" is from the July 10, 2017 World section of The New York Times. It was written by Amanda Taub and narrated by Keith Sellon-Wright.