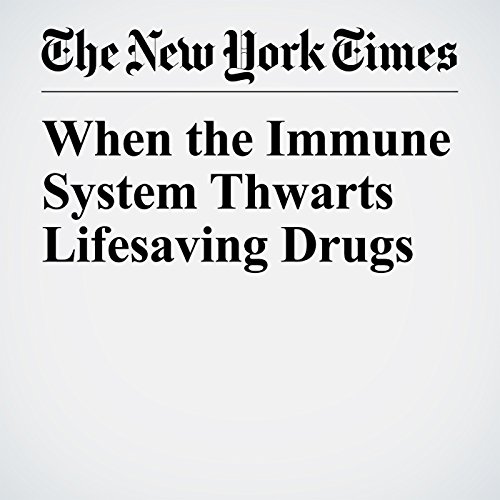 The body’s immune system produces antibodies, blood proteins, in order to attack molecules the body recognizes as alien, often carried on viruses and bacteria. But antibodies also are deployed against other foreign substances, and this may include drugs given to patients.

"When the Immune System Thwarts Lifesaving Drugs" is from the May 15, 2017 Health section of The New York Times. It was written by Gina Kolata and narrated by Kristi Burns.