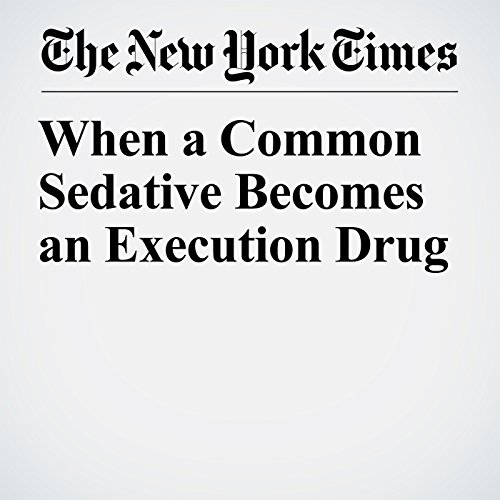 When a chemist named Armin Walser helped invent a sedative more powerful than Valium more than 40 years ago, he thought his team’s concoction was meant to make people’s lives easier, not their deaths.

"When a Common Sedative Becomes an Execution Drug" is from the March 13, 2017 U.S. section of The New York Times. It was written by Alan Blinder and narrated by Fleet Cooper.