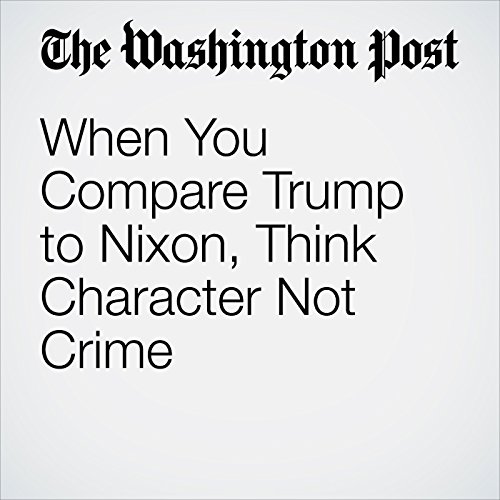 James Comey’s testimony before the Senate Intelligence Committee casts a different light on several questions I’ve considered here recently, to wit: How does “executive privilege” work? How is the Russia investigation like and unlike Watergate? And is this really worse?

"When You Compare Trump to Nixon, Think Character Not Crime" is from the June 09, 2017 Monkey Cage section of The Washington Post. It was written by Andrew Rudalevige  and narrated by Jenny Hoops.