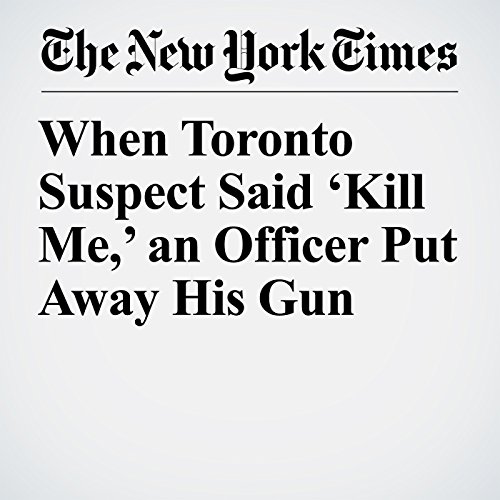 He pointed an object threateningly at Constable Ken Lam, the Toronto police officer who was the first to encounter him as he stepped outside of his rental van.

"When Toronto Suspect Said ‘Kill Me,’ an Officer Put Away His Gun" is from the April 24, 2018 World section of The New York Times. It was written by Catherine Porter and Megan Specia and narrated by Kristi Burns.