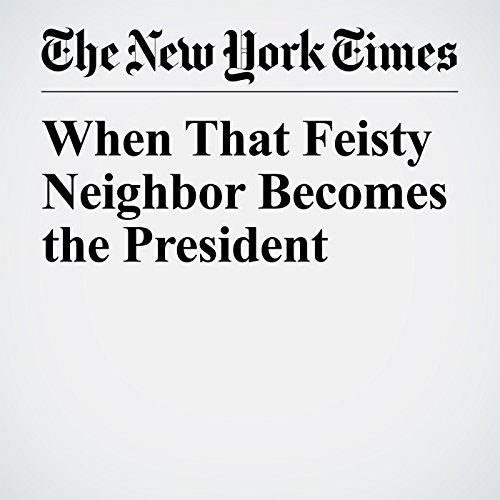 PALM BEACH, Fla. — For local officials here, it was one thing to spar with Donald Trump, the developer, over the height of his ficus hedges, the crowds at his Elton John concerts and the roar of jet engines over his private club, Mar-a-Lago.

"When That Feisty Neighbor Becomes the President" is from the May 06, 2017 Opinion section of The New York Times. It was written by Michael Laforgia and Steve Eder and narrated by Kristi Burns.