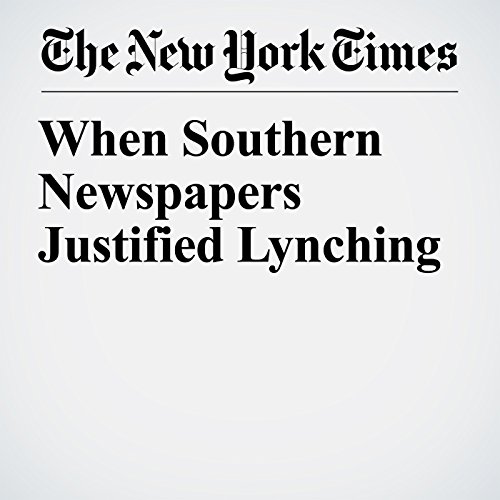 The Arkansas lynch mob that burned a black tenant farmer at the stake in 1921 observed common practice when it advertised the killing in advance so spectators could mark the grisly event on their calendars. The organizers notified newspapers early in the day that they planned to kill Henry Lowery as painfully as possible, giving editors time to produce special editions that provided the time, place and gruesome particulars of the death to come.

"When Southern Newspapers Justified Lynching" is from the May 05, 2018 Opinion section of The New York Times. It was written by Brent Staples and narrated by Keith Sellon-Wright.