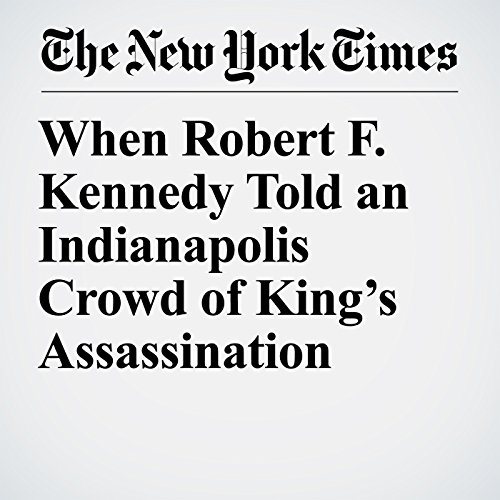 Fifty years ago, Sen. Robert F. Kennedy climbed onto the back of a flatbed truck to deliver the news to a largely African-American crowd in Indianapolis that the Rev. Martin Luther King Jr. had been assassinated.

"When Robert F. Kennedy Told an Indianapolis Crowd of King’s Assassination" is from the April 04, 2018 U.S. section of The New York Times. It was written by Liam Stack and narrated by Kristi Burns.