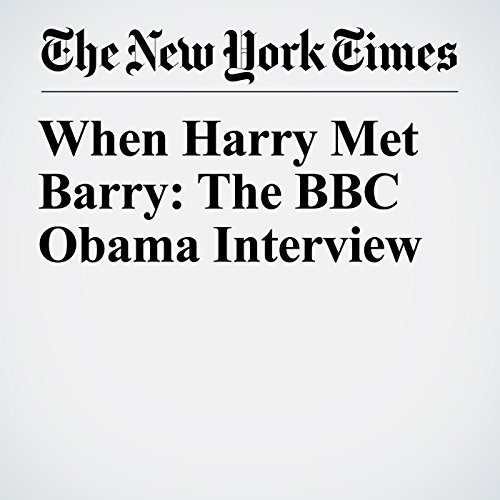 It was a case of the famous interviewing the famous. The BBC aired an interview Wednesday that was unusual in at least a couple of respects: The man answering the questions was former President Barack Obama, and the man asking them was his friend Prince Harry.

"When Harry Met Barry: The BBC Obama Interview" is from the December 27, 2017 World section of The New York Times. It was written by Ceylan Yeginsu and narrated by Keith Sellon-Wright.