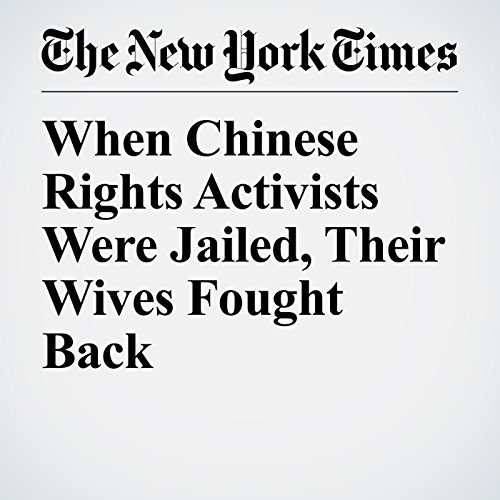 When Chinese Rights Activists Were Jailed, Their Wives Fought Back

Before her husband disappeared into detention, Chen Guiqiu did not ask him much about his risky work as a Chinese human rights lawyer. Before word crept out that he had been tortured, Chen trusted the police. Before she was told she could not leave China, she never expected she would make a perilous escape abroad.

"When Chinese Rights Activists Were Jailed, Their Wives Fought Back" is from the May 18, 2017 World section of The New York Times. It was written by Chris Buckley and Didi Kirsten Tatlow and narrated by Jef Holbrook.