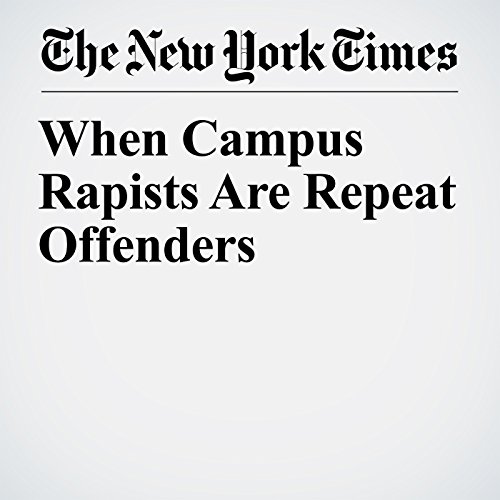 For several years, researchers have been fiercely debating how many campus rapes are committed by serial offenders. A 2002 study based on surveys of 1,882 college men and published in Violence and Victims, an academic journal, found that as many as 63 percent of those who admitted to behaviors that fit the definition of rape or attempted rape said they had engaged in those behaviors more than once.

"When Campus Rapists Are Repeat Offenders" is from the January 23, 2017 U.S. section of The New York Times. It was written by Stephanie Saul and narrated by Kristi Burns.