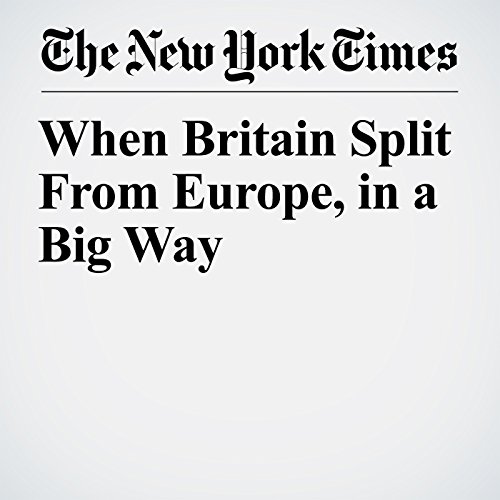 The separation of Britain from Europe, set in motion by Prime Minister Theresa May last week, began a historic process but one not as abrupt as the first Brexit. That was the catastrophic destruction of the land bridge that for 10 million years had joined Britain physically to the Continent.

"When Britain Split From Europe, in a Big Way" is from the April 04, 2017 World section of The New York Times. It was written by Nicholas Wade and narrated by Keith Sellon-Wright.