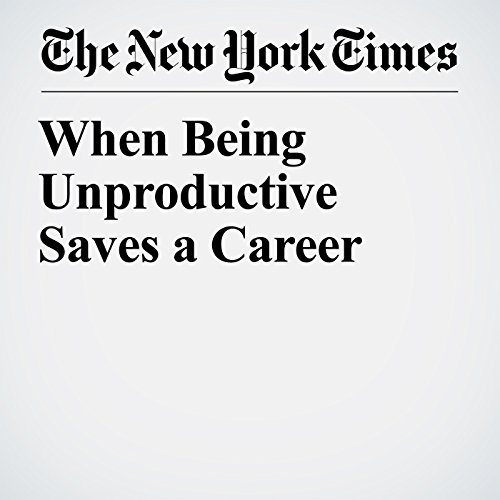 Debra Suh had been a leader in domestic violence prevention for 16 years when she hit a breaking point about a decade ago. Balancing her emotionally charged work and her family had become untenable. She was considering leaving her beloved job as the executive director of the Center for the Pacific Asian Family, which she had held for seven years.

"When Being Unproductive Saves a Career" is from the January 18, 2018 Opinion section of The New York Times. It was written by Courtney E. Martin and narrated by Barbara Benjamin-Creel.