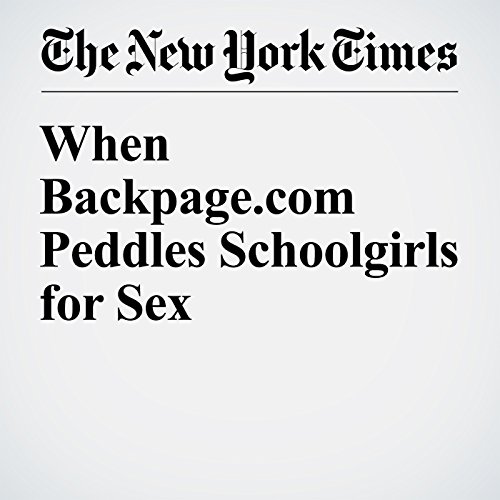 When Backpage.com Peddles Schoolgirls for Sex

As a 16-year-old high school sophomore living in Boston, Asia Graves was sold on the internet “like a pizza,” she recalls, handed over to be raped by strange men every day.

Along with thousands of other girls, she was sold through what amounts to an online brothel called Backpage. It dominates the online sex trade and is implicated in almost three-quarters of the reports of child trafficking in the United States.

"When Backpage.com Peddles Schoolgirls for Sex" is from the January 11, 2017 Opinion section of The New York Times. It was written by Nicholas Kristof and narrated by Caroline Miller.