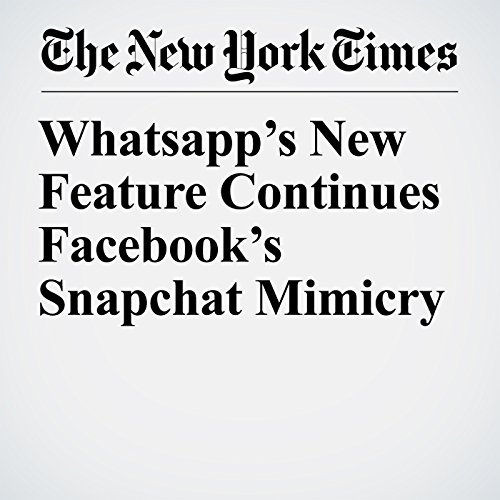 The move follows a string of actions by Facebook to emulate Snapchat. In August, Instagram introduced a Stories feature that was a near exact copy of Snapchat’s. In December, Messenger revamped its look and feel to emphasize sending photos, just like Snapchat. As Snapchat’s parent company, Snap, has positioned itself as a camera company, Facebook has experimented with making a camera feature the first thing people see when opening up the social network’s main app.

"Whatsapp’s New Feature Continues Facebook’s Snapchat Mimicry" is from the February 20, 2017 Technology section of The New York Times. It was written by Mike Isaac and narrated by Keith Sellon-Wright.