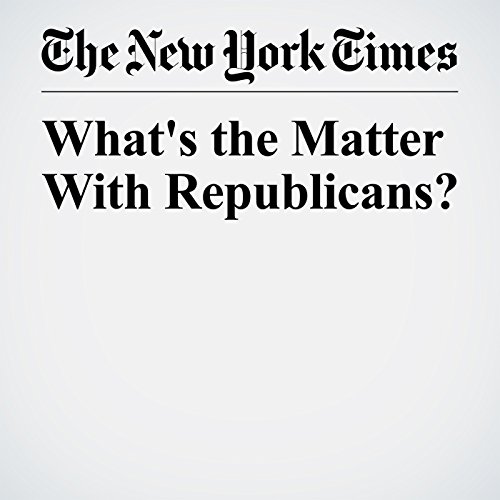 On Wednesday, Paul Ryan held a news conference just after the revelation that Donald Trump had pushed James Comey to kill the investigation into Michael Flynn — you know, the guy Trump appointed as national security adviser even though his team knew that Flynn’s highly suspicious foreign ties were under investigation.

"What's the Matter With Republicans?" is from the May 18, 2017 Opinion section of The New York Times. It was written by Michael S. Schmidt and narrated by Barbara Benjamin-Creel.