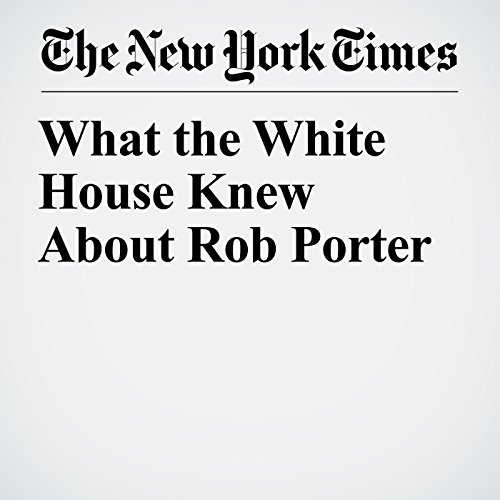 The White House knew about problems with the staff secretary Rob Porter’s security clearance nearly a year before he was forced to resign, F.B.I. director Christopher Wray said this week. We know now that the hold up on his clearance was tied to allegations of domestic abuse — and the Trump White House seems to have known that by last November, too.

"What the White House Knew About Rob Porter" is from the February 14, 2018 Opinion section of The New York Times. It was written by Lindy West and narrated by Kristi Burns.