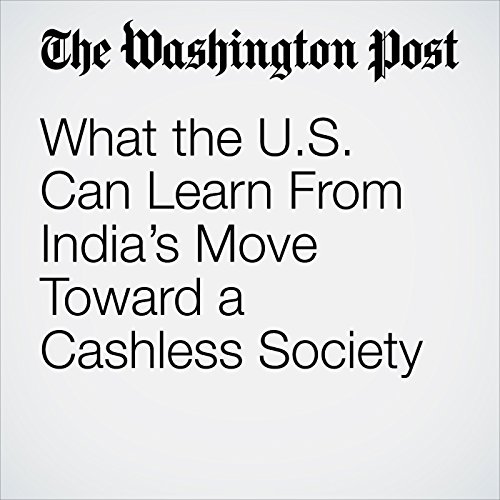 Silicon Valley fancies itself the global leader in innovation. Its leaders hype technologies such as bitcoin and blockchain, which some claim are the greatest inventions since the Internet. They are so complex that only a few mathematicians can understand them, and they require massive computing resources to operate — yet billions of dollars are invested in them.

"What the U.S. Can Learn From India’s Move Toward a Cashless Society" is from the January 24, 2017 Tech section of The Washington Post. It was written by Vivek Wadhwa and narrated by Sam Scholl.

Cosa pensano gli ascoltatori di What the U.S. Can Learn From India’s Move Toward a Cashless Society