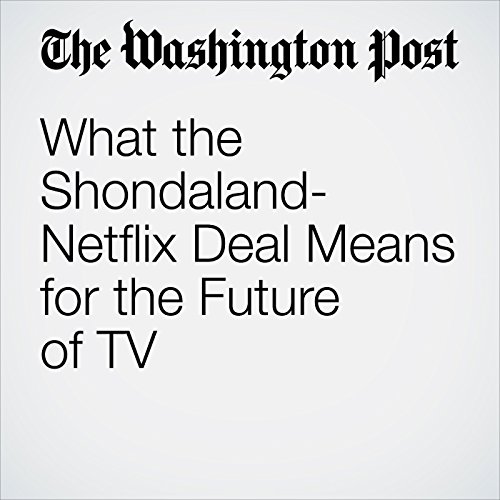 Shonda Rhimes, the creator behind such smash television hits as “Grey’s Anatomy” and “Scandal,” will soon develop new shows for streaming giant Netflix and the platform's 100 million worldwide subscribers, the company announced Sunday. Rhimes and her production company, Shondaland, were hired away from ABC under a multi-year deal, marking the latest aggressive play by streaming services to go head-to-head with Hollywood and the traditional powers of the entertainment industry.

"What the Shondaland-Netflix Deal Means for the Future of TV" is from the August 14, 2017 The Switch section of The Washington Post. It was written by Hamza Shaban and narrated by Sam Scholl.