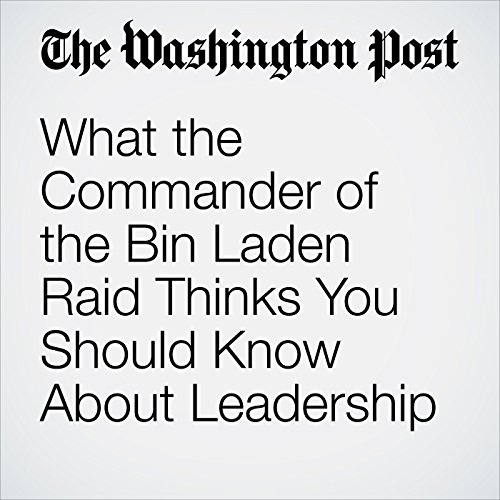 The first thing William McRaven does when he wakes up each day is make his bed.

Referring to McRaven's practice as a strictly executed “habit” doesn't do it justice. It's more like a ritual or a daily rite or perhaps even a “lifestyle.” The bed-making routine began during basic SEAL training in the late 1970s and continued as he rose from a junior officer in the Navy to the commander of the U.S. Special Operations Command — the position he held until he retired in 2014 after 37 years of service.

"What the Commander of the Bin Laden Raid Thinks You Should Know About Leadership" is from the April 06, 2017 National section of The Washington Post. It was written by Peter Holley and narrated by Jenny Hoops.