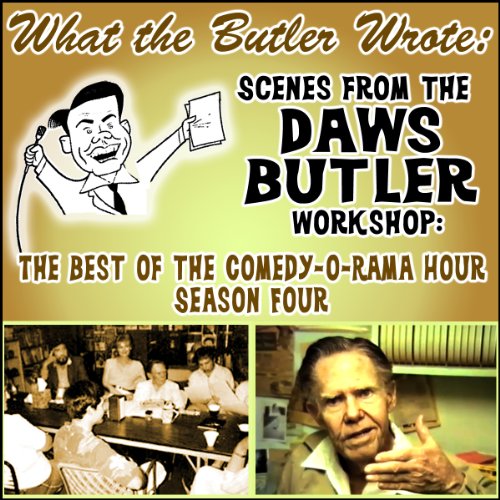 What the Butler Wrote

As heard on Sirius-XM and NPR stations, this is six hours of audio theater from the mind of Daws Butler, the voice of Huckleberry Hound, Yogi Bear and many other cartoon characters. In 1975, Butler began an acting workshop that spawned such talents as Nancy Cartwright (The Simpsons), Corey Burton (Old Navy, Disney), and Joe Bevilacqua (NPR). In this series, host Joe Bevilacqua presents performances of scripts Butler wrote for his acting workshop. A book of these scripts Scenes for Actors and Voices is available at waterlogg.com.