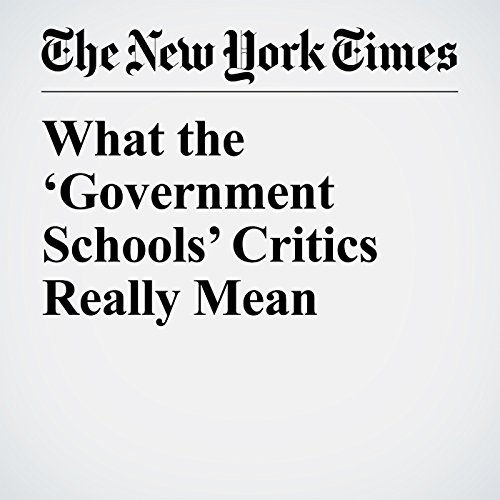 When President Donald Trump recently proposed his budget for “school choice,” which would cut more than $9 billion in overall education spending but put more resources into charter schools and voucher programs, he promised to take a sledgehammer to what he has called “failing government schools.” That is harsh language for the places most of us call public schools, and where nearly 90 percent of American children get their education. But in certain conservative circles, the phrase “government schools” has become as ubiquitous as it is contemptuous.

"What the ‘Government Schools’ Critics Really Mean" is from the July 30, 2017 Opinion section of The New York Times. It was written by Katherine Stewart and narrated by Barbara Benjamin-Creel.